The Aesthetics of the Shell 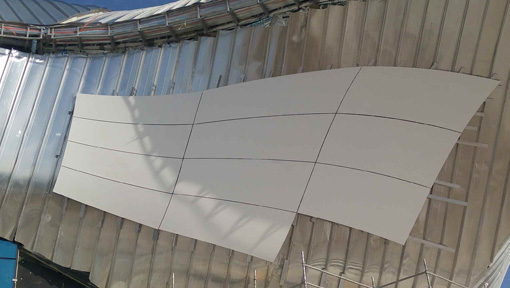 Elaborate custom-made sheet metal facades adorn modern business and public buildings. In turn, the outer shells of private residential houses use more simple, standard designs of facade builders. In principle, any surface can be clad with a facade. The main advantages are heat and cold protection, noise and fire protection, durability, and – increasingly – a modern look: the aesthetic component. Ronge Profil from Alfeld, near Hanover, Germany shows how modern facade builders achieve these standards. 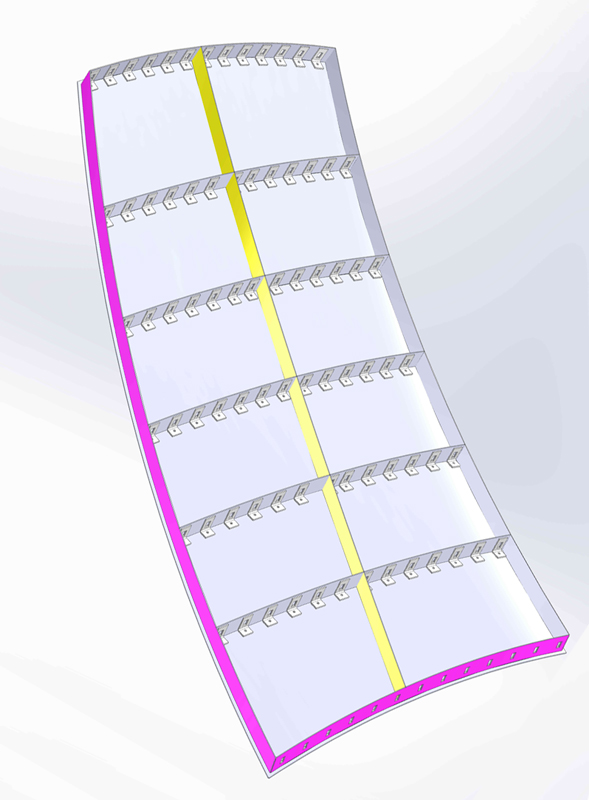 For public buildings, aesthetics play an increasingly important role: the contemporary facade is more than just a wall. Not only does it protect, it is an architectural design element and representative image. This makes it the business card of a building. Especially in the case of new buildings which will serve large audiences, such as sports arenas, railway stations or airport terminals, architects are placing ever higher demands on the outside appearance.

Irrespective of this trend, Ronge Profil has been one of the leading manufacturers of metal facades and facade systems in the German-speaking countries for more than 40 years. The results speak for themselves. The flagship projects of the facade builders include the Hamburg Cruise Centre, the Berlin subway station at the Brandenburg Gate, the Education Centre in Kassel, and the VW Campus in Wolfsburg.

The management believes that the know-how and decades of experience are the “most important resources” of the company. Today, more than ever, there is a demand “to use modern manufacturing technologies to reap the benefits of automated processes and networked value chains”. With the help of state-of-the-art machines, Ronge can process flashings up to six metres in length. Their manufacturing process uses machines from Trumpf (TruPunch 3000, TruMatic 6000) and EHT (VarioPresss 170-230), among others. Recently, the company has also retrofitted in 3D software.

The Challenge of Constructing Freeform Surfaces

In early 2016, Ronge Profil received an inquiry for cladding a newly built airport in Asia. The client’s design ideas for the facade was a challenge even for the company’s experienced team.

It became clear that we needed new CAD software to unfold such freeform sheet metal components. The clock was ticking. To get the job, we needed to manufacture 12 sheet metal sample pieces. But, at the time, we had little experience with such requirements.

Then the expert came up with an idea: “Since we had neither the 3D CAD software nor the skills, we reached an agreement with our future CAD supplier: the flat patterns would be created with their support. If we got the Asia contract, we would immediately buy the CAD system Solidworks.”

The plan worked. Ronge was awarded the contract and purchased the software soon thereafter.

In the following projects, the demands for unfolding freeform surfaces increased. Even Solidworks reached its limits. Thus Ronge Profil came into contact with the sheet metal unfolding software of SPI. “It was crucial for us that SPI works on the basis of Solidworks,” recalls Alen Ljuhar. Since 2016, the company designs and unfolds 3D sheet metal parts with Solidworks in combination with SPI SheetMetalWorks and SPI WICAM Interface.

“An important advantage of the SPI solution is that we can design almost ‘square’, without reliefs and fillets. The SPI software independently creates the edge radii based on information from its material database. We can unfold almost all components and even our freeform surfaces. This was simply not possible with the solutions we used before.”

SPI generates the required process data together with the flat pattern. Nesting and programming of punching tools is done with the support of WICAM, based on the data generated by the SPI-supplied WICAM Interface. “Time savings are immeasurable for us in such projects,” summarizes Ljuhar. “Without SPI, we would not be able to handle certain components and therefore could not produce them at all. Therefore, the use of this solution has become indispensable for us.”

Ronge Profil continues to think ahead: the construction of new headquarters in the Limmer-West industrial area directly on the B3 highway has been underway since June 2018. On a 30,000 m² property, a production hall of 7,000 m² and 1,200 m² of state-of-the-art office and administration buildings are being built. The move is planned for the end of 2018. In addition, Ronge Profil is investing in the expansion of its machinery. A punch laser machine, a 5-meter bending brake, and a 2×6 meter groove cutter with an integrated automatic threaded bolt welding system have been ordered. The company has once again taken a significant step towards realizing its aspiration to deliver perfection “in function and form”.

What was the challenge?

To get the job, we needed to manufacture 12 sheet metal sample pieces. But, at the time, we had little experience with such requirements.

What have you gained?

We can unfold almost all components and even our freeform surfaces. This was simply not possible with the solutions we used before.

In a nutshell: the main advantage?

It was crucial for us that SPI works on the basis of Solidworks.

we would not be able to handle certain components and therefore could not produce them at all. Therefore, the use of this solution has become indispensable for us.

Here you can download the story, including all images.

We help you to streamline your sheet metal process chain.

Here you can find more references and stories.